Learning From Prior Bear Markets

Eventually, the market always rebounds and goes on to new highs, but it may be hard to believe it when the bear market sets in. 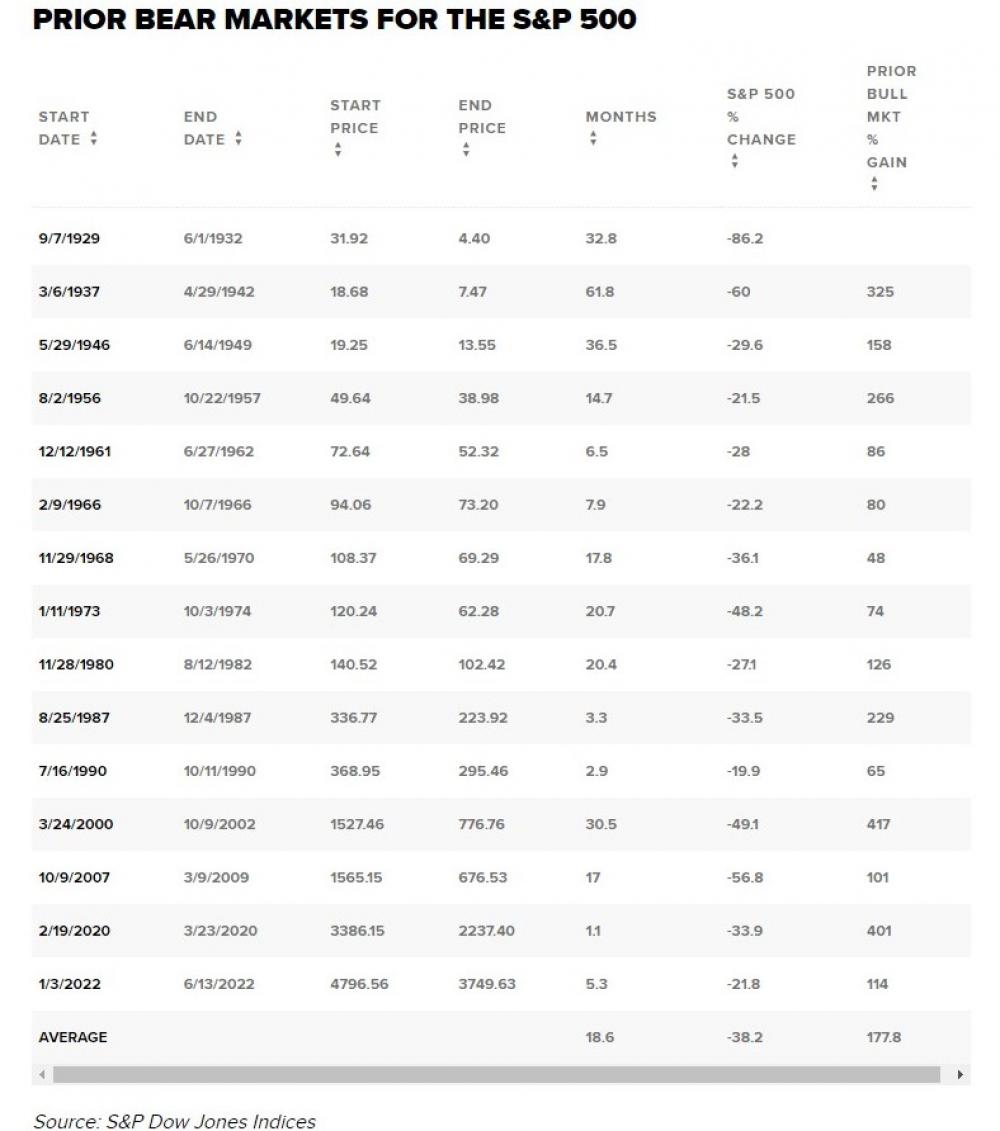 According to S&P Indices, the S&P 500 started its decline to a bear market on Jan. 3, 2022. We are in a bear market now, and may well be in a recession right now, although the economic research bureau does not attempt to call it a recession since it typically waits between four and twenty-one months to confirm the existence of a peak or trough and assign an accurate peak or trough date.

"On any day in the postwar period, the chance that the United States was in a recession or would be within two years was 46 percent", concluded expert statistician Mr.Mehta in his note to the New York Times.

According to CNBS financial to markets report, since the modern S&P 500 index began in the late 1920s, the average bear market has translated into a 38% price decline lasting an average of almost 19 months. But that’s only the average. The longest bear market lasted 62 months, between 1937 and 1946, while the worst decline came as the Great Depression got underway and stocks plunged 86%.

The causes of every bear market are different, of course, but any recession finally ends. This one will end too. Despite the market decline, S&P 500 buybacks set another record of $984.6 billion in Q1, and senior index analyst for S&P Dow Jones Indices Howard Silverblatt expects that buybacks could easily set another record in 2022.

"The 12-month March 2022 buyback record of $984.6 billion, which is expected to surpass the $1 trillion mark for the first time for June 2022 is a Washington headline in the waiting," Silverblatt pointed out in a note to Bloomberg.

Although suffering in the meantime, investors should keep in mind that eventually, the economy will pick up and that financial markets will produce handsome returns for the patient, diversified investors.